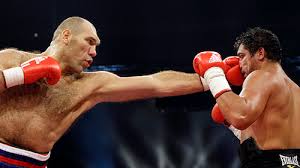 I have been way too serious in the previous articles.

I will lighten the mood a bit.

As I have stated previously, I have a goal of running the half marathon in two hours twenty minutes by end of this year.

I got the necessary support from my walker’s WhatsApp group. This group  helped me complete my 100 KM OXFAM India walk.

Our usual practice sessions are on Sundays mostly at Cubbon park. After that, we indulge ourselves or to put it aptly, over indulge with a heavy duty breakfast in Hotel Chandrika, Cunningham Road. Hotel Chandrika has a new look and a variety of dishes. We are familiar faces on a Sunday.

Though most of the group threatens to come, it has been mostly me and Syed who have kept some level of consistency in the weekly huddle.

Syed is much younger than me and started with around 60 minutes for a 10 KM run. That is the usual distance we cover. Over a period of three months, he got a personal best of 48 minutes for a 10 KM run. So by applying Girish’s Mathematics (one more in the walker’s group, who always promises to come, but never turns up), he is well in line to complete the marathon in two hours twenty minutes.

A note on Girish’s Mathematics. When we did the 100KM walk, Girish said this.

“We do an average of 5 KM’s in an hour. So we should be done in twenty hours”.

Nothing wrong with the extrapolation. It is logical, and that is the way it should have been. Only we took around 36 odd hours to complete and the final kilometer we were crawling.

So now Girish has adjusted his extrapolation to be something similar to the Duckworth-Lewis formula in Cricket. Except that he has not published it yet to the world and revealed it to only close circles. I am privy to that, and even with the revised formula of Girish, Syed will complete it in two hours twenty minutes.

On Sundays, I start 30 minutes earlier to Syed, so that our finishing time matches. When I started, my benchmark was around 90 minutes for ten kilometers. If I present a video grab of my running, you may not be able to give it any label. It is not walking. It is not jogging. It is not running. In my view, it is a fusion of walking and jogging. The only appropriate term I can think of is dragging.

In the same three months, I improved from 90 minutes to border around 80 minutes for 10 kilometers and I am stuck at that. My personal best was when I ran without shoes, and I got close to 78 minutes.

78 minutes for 10 kilometers is not good enough for a 21.1 KM in 140 minutes even with Girish’s original formula.

I have tried every possible method suggested in the book, tried the famous Run-Walk-Run method of  Galloway, but the time gods are harsh on me. It is not budging a second below 78 minutes.

With an exasperation, I told Syed that I seem to be plateauing out.

Syed looked at me in the eyes and told me gently

“Sir, you should watch your diet.”

Then it hit me. It hit me like a rock.

It is something like a body with a certain mass can only achieve certain kinetic energy and acceleration. I wanted to deny physics, like the Nike experiment that I shared last week and they just fell short of 26 seconds. If I did that, it would become metaphysics.

If Syed had hit me, I would not have minded, but he touched a nerve within me.  He touched the core of a person who lives to eat. The foodie within me refused his suggestion, even without considering it.

When I set the goal of running 21.1 KM in 140 minutes, I modeled this as a linear programming problem with the constraint as ‘no reduction in calorie intake, ‘ and now Syed wants me to change that model. I do not think that is fair!

On a serious note, there is something else I observed. If I interchange our positions, I would not have been as polite as Syed. I would have descended into a furious attack on Syed in the pretext of candid feedback and made his life a nightmare. Every time he tried to binge on something, he would have demonic images of me coming into him.

It made me wonder.

What kind of feedback works better?

Syed’s way or my way?

What do you think?

In the meantime, let me go and get my seventh helping of Ratnagiri Alphonso gifted by many wonderful people.